College of Eastern Idaho is governed by a volunteer five-member Board of Trustees who are elected at large from within Bonneville County for staggered terms. Trustees derive their authority from and hold office in accordance with Idaho Code §33-2107. 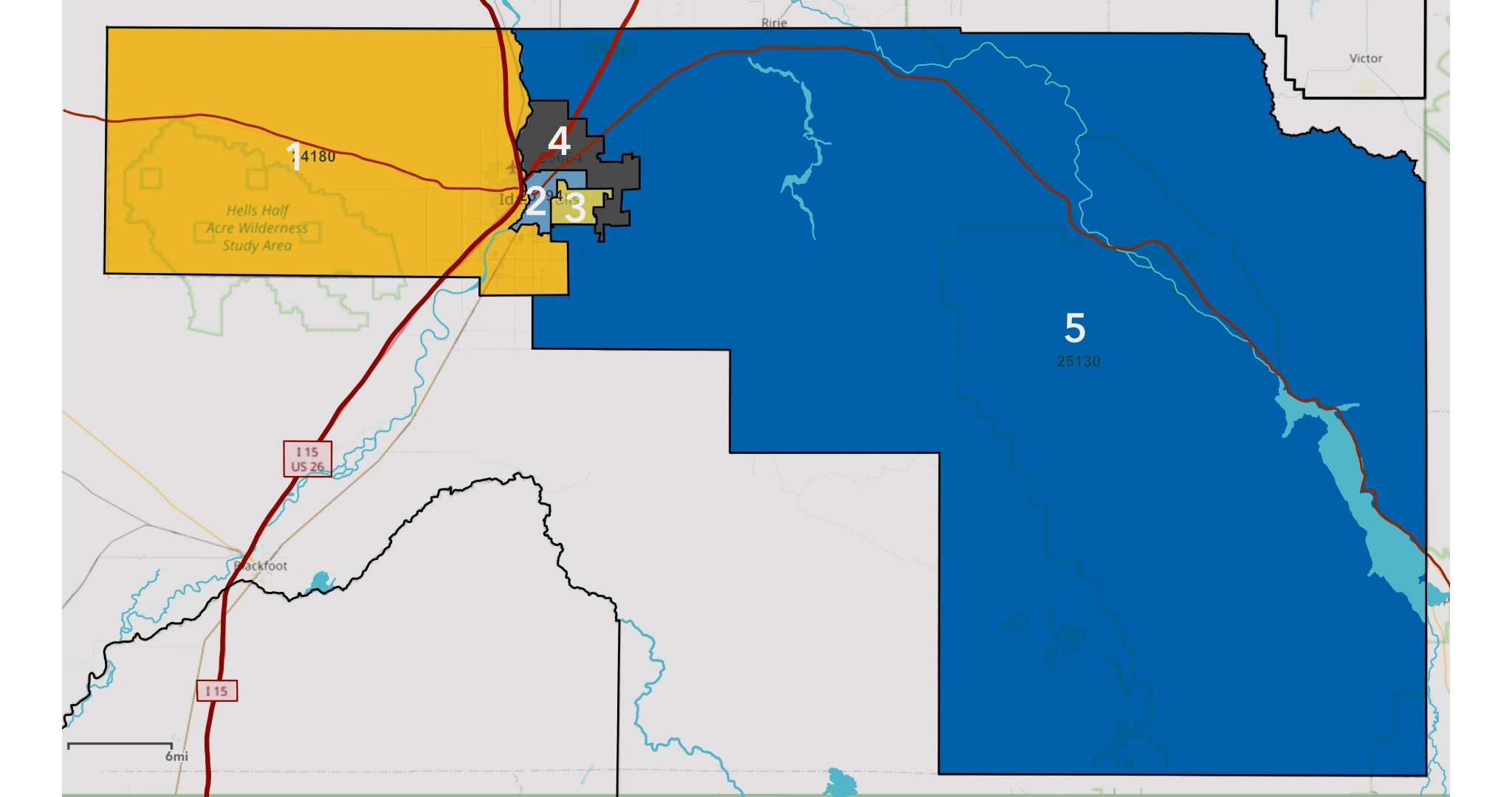 The Board of Trustees is seeking applications to fill a vacancy in Zone 1 beginning Wednesday, May 25, 2022, and ending at the close of business on Monday, June 6, 2022. Applicants must live in Zone 1 in order to apply for the position (please see the Trustee Zone map above).

Applicants should submit a resume and cover letter to Amanda Logan, Executive Liaison to the Board of Trustees of CEI, 1600 S. 25th East, Idaho Falls, ID 83404, or to amanda.logan@cei.edu no later than close of business Monday, June 6th.

Applications will be considered and the top candidates will be interviewed during a Special Trustee Meeting on Monday, June 20, 2022. The Board’s selection of the new trustee will be made at its next regular meeting on June 28, 2022. The newly appointed trustee will serve until the next trustee election in November 2022.

The Board of Trustees is filling the vacancy as a result of Trustee Mickelsen’s resignation, per Idaho law.

Meetings will be held in the Boardroom (306) of CEI’s Building 3 (Christofferson) and via Zoom unless otherwise noted on the agenda posted for that meeting.

CEI’s Board of Trustees usually meets approximately 45 minutes prior to Regular Meetings for a light meal. Official CEI business is not discussed during this time.