About the Clothesline Project

The first Clothesline Project originated in Hyannis, Massachusetts, in 1990 when a member of the Cape Cod's Women's Defense Agenda learned that during the same time 58,000 soldiers were killed in the Vietnam War, 51,000 U.S. women were killed by the men who claimed to love them.

College of Eastern Idaho, with the support of Idaho State University and several community partners, hosted its first Clothesline Project in October 2021. The turnout was inspiring and we were able to display between 30-40 shirts over a 3-day period, many of those shirts made by CEI students and employees. 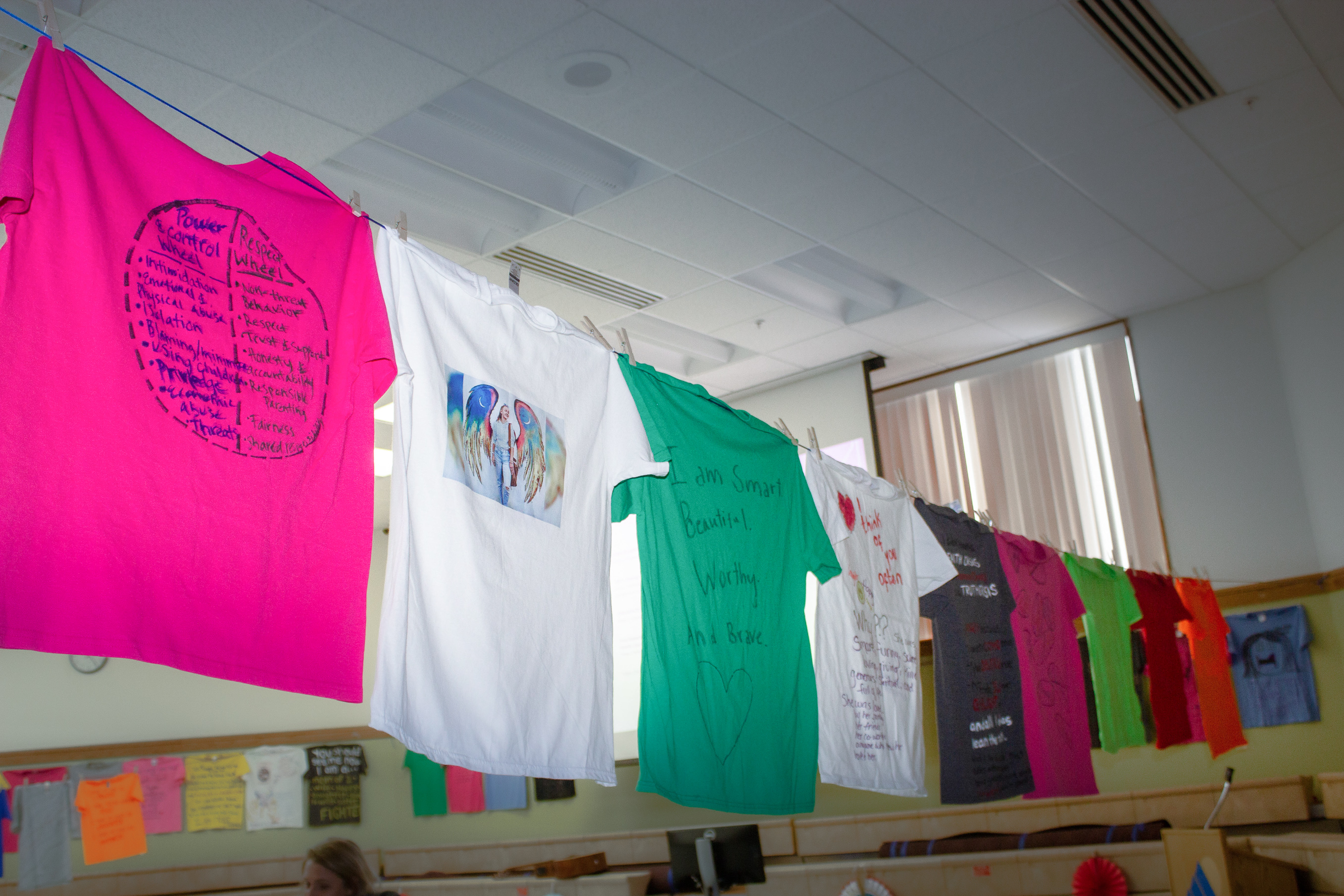 Use your senses to better understand the stories

Different Sounds Represent the frequency of certain statistics:
Gong: Indicates someone is being battered.
Whistle: Indicates a rape is being reported. Keep in mind most rapes are not reported.
Bell: Indicates that some has died in a violent attack.